BIM Level 2 and beyond – An expense or an opportunity? - BIM Toolbox

BIM Level 2 and beyond – An expense or an opportunity?

It's been a few months since the April start date for BIM Level 2, the UK mandate for using Building Information Modelling on centrally procured projects. What's changed? Well for the majority not a huge amount, those government departments that were already trialling BIM Level 2 have been expanding to other projects, some other departments have made positive noises towards pilot projects and implementation across their portfolio, and others have kept completely quiet. So business as usual then?

Well maybe, but with the EU referendum in the summer there has been short term pain and uncertainty around some projects that will likely cause the government to again look at where they can drive efficiencies across the sector. BIM Level 2 is as relevant now, if not more than it was in April. In October there'll be another milestone date for the initiative with validation becoming a key part of the BIM Level 2 lifecycle for clients, which will lead to deeper integration for those doing it well, and more skin on the bones of those BIM Level 2 pilots elsewhere.

Where does this leave the construction industry? In the companies I see, it's being slowly accepted that BIM is the way things are going to need to be done in the future. However, I still see a reluctance to move towards this way of working from contractors, a group that are amongst the biggest beneficiaries of it.

Across the decades many reports such as Latham and Egan have shown construction is massively inefficient, and often runs over time and over budget. Amongst the many reasons stated, such as contractual relationships and the combative nature of construction, one of the many places seen as an area for improvement is the errors and omissions found in project documentation. BIM has been found in numerous studies to be a way to improve this situation. 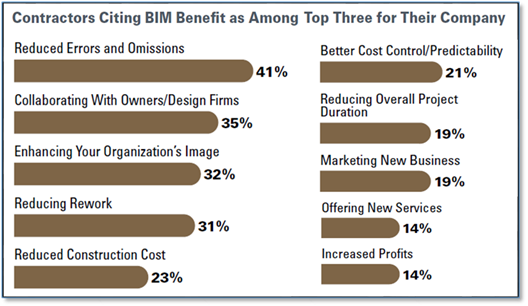 Now we all know mistakes happen, some of which you can make money from, however the impact of a mistake can have cumulative effects of the cost and schedule of a project. Think for example in the majority of projects still working in the more traditional manner. We've all seen jobs where 2 documents that are released for construction that have obvious differences that contradict each other. Whilst you may be able to claim for lost time and work whilst that design error is checked, corrected and released back to site, if this is on the critical path there are impacts on the use of labour, plant and possible delays that have to be made up elsewhere that if the mistake never existed would never need to be mitigated for.

In the images below from a real project on 'approved for construction' drawings from over 15 years ago but have common mistakes we still see today.

In all these cases BIM Level 2 provides a way to mitigate design errors by working to common processes, and do what we were always meant to do, have a single source of the truth to build from, a reduced chance of two parties working from different documentation, and most importantly reduces the risk for all stakeholders including the contractor.

It's not just about some fancy 3D models for nice videos, it's a comprehensive set of processes to manage project documentation, ensure a single source of truth, improve handover deliverables and manage the security on a project. Working in this manner not only provides you with better more reliable information to work with, but also allows you to streamline your own processes and provide new services that can improve those notoriously tight margins.

For a contractor once the hard work has been done of implementing processes and moving from 2D to intelligent 3D, you make the most of that time and cost investment, look at new opportunities. Once the intelligent 3D model has been created you can use it for quantification, allowing you to use the quantities direct from the modelling package meaning 2D can just be used for checks or non-modelled items. Health and safety can be improved by running additional checks on the program against the virtual building, a morning briefing with 3D models should reduce any miscommunication. You can also take these models to site, either for layout with robotic total stations, to collect progress or commissioning information against for your handover deliverable, or just as additional documentation.

Now, think further ahead about how companies have managed to expand their reach in emerging territories, you only need to see how many British firms worked on the Rio Olympics venues, directly and as consultants based on their proven experience in the London games. We're seeing firms familiar in the language of BIM Level 2 being asked to manage and work on projects in the Middle East, Australia, China and elsewhere, the UK is being looked at as a world leader in BIM standards - take advantage of this as a new opportunity to expand your prowess.

Regarding what comes after BIM Level 2? BIM Level 3 will be an evolution of these processes, not a revolution, it's been stated many times that BIM Level 3 can only be adopted once BIM Level 2 is adopted across industry, so concentrate on getting BIM Level 2 central to everything you do and start to see the rewards. We have a webinar explaining how Autodesk supports the processes required by BIM Level 2 here, and a BIM Level 2 whitepaper here.

I'll be presenting about the UK BIM Mandate and what it means globally at Autodesk University in November, register for the class now.